• Denmark as a strategic market for the Bonial.com Group
• Bonial.dk brings retail circular to life for Danish consumers with location- based mobile app and website, addressing shift in media consumption from print to digital
• Bonial.com Group now in ten countries

Bonial.dk provides a mobile app and website that gives Danish consumers a digital alternative to print circulars. The digitized format pulls local retail circulars based on the user’s location, allowing shoppers to simply select, search, browse and share the circulars they find interesting.

Aiming at top retailers from across the country, Bonial.dk replicates the print circular experience in a digital format, while providing new functionality that can’t be incorporated into print. Shoppers can page through the digital version as they normally would, but they also can search by product or brand to locate local store sale items, create shopping lists, create alerts for items, share deals with friends on social media, and even view videos or other product information.

For retailers, Bonial.dk provides new opportunities to reach circular readers who are migrating from print to digital, as well as a new generation of shoppers who are more likely to shop using their mobile devices or tablets.

“Currently we are reaching 20 million users globally within the Bonial.com Group and with our apps repeatedly ranking #1 in international app stores. We have proven to be a must-have for both retailers and consumers in our other markets. There we are already working for most of the leading retail chains, being the market leader in nearly all important retail markets. We’re excited to now bring this technology to Denmark,“ says Jaume Betrian, Executive Director and founder of Ofertia.com.

“Denmark has an Internet penetration of 89%, while the penetration of smartphone devices is approximately 87.5% – this means Denmark ranks # 3 in a global comparison.“

The Bonial.com Group is currently present in nine countries with kaufDA in Germany, Retale in the U.S., Bonial in France and Sweden, Ofertia in Spain, Mexico, Chile and Colombia and Guiato in Brazil. The group has chosen Denmark as the tenth country to continue its Scandinavian expansion due to the strong level of mobile Internet usage, combined with the high volume of paper brochures sent per household.

With the launch of its services in Denmark only two weeks after its launch in Sweden, the Bonial.com Group strengthens further its leadership position in the European market.

Free images for editorial use can be downloaded here:
http://bit.ly/Bonial_Denmark 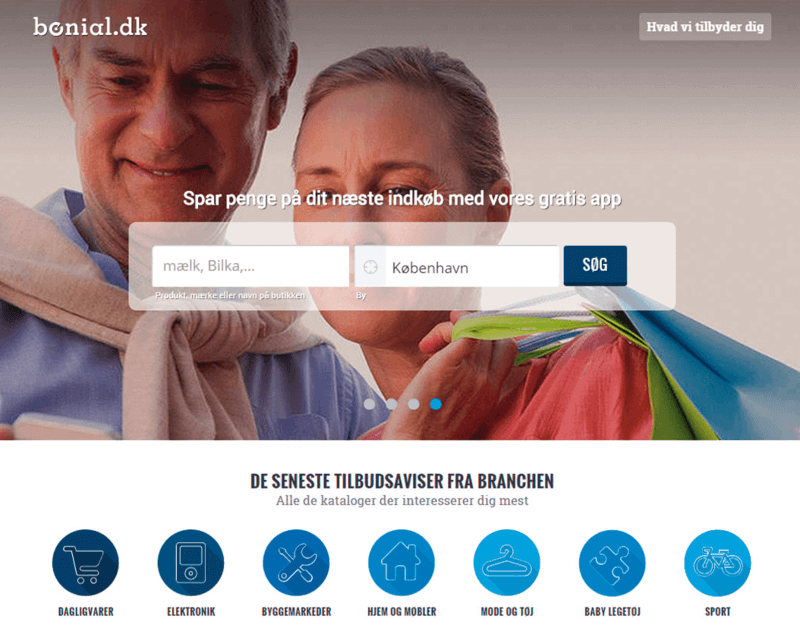